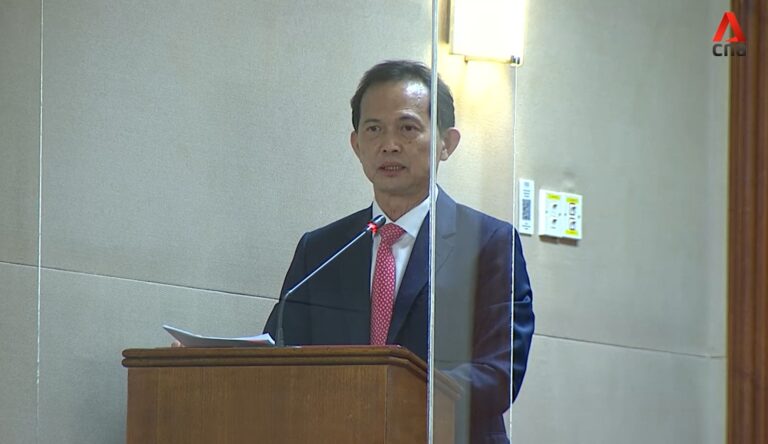 1.         Mr Speaker, I would like to begin by first saying thank you, to our youths. While the growing environmental awareness and advocacy among Singaporeans has not gone unnoticed, it is especially our youths in Singapore and also around the world who have been speaking up tirelessly through movements such as Straw Free Singapore, Bring Your Own Bottle Singapore, SG Climate Rally and many more, in the struggle to institutionalise greater environmental protections – a struggle that they should not have to go through alone.

2.         My generation was lucky to grow up playing in longkangs, climbing trees and catching grasshoppers in natural environments. The access to natural ecosystems, flora and fauna had a very positive physical and psychological impact on our development.

3.         Research worldwide has shown a strong link between green space availability, and physical and mental health. Moreover, nature provides much intrinsic and spiritual value. The declining opportunities for human-nature interactions has been termed by conservationists as the “extinction of experience”.

4.         The absence of such opportunities today in Singapore bears testament to the cost of solely focusing on economic development and treating GDP growth as the sole indicator of societal progress.

5.         The recent public discourse on the Dover and Clementi forests has clearly shown the Government’s growth priorities again. The Government continues to zone Clementi forest for future housing while Dover forest may be slated for deforestation and development sooner. Many other forest patches have already been cleared in recent years, such as in Tengah and Pasir Ris.

6.         The Government’s past strategy has been clear – in order to maintain economic growth we need to increase our population size, so we need to clear more forests to house the growing population.  We act as if the deforestation of our precious natural green spaces is an inevitability when we have other options?

7.         The Government has engineered high population growth by allowing a high level of immigration over the last two decades.  Our population grew from 4.03 million in the year 2000 to 5.70 million in 2019, an increase of 41% over twenty years. This is a compounded average annual growth of 1.7% which is in line with that of many developing countries facing population pressures.

8.         This population policy is a conscious choice of the Government, and is not necessarily supported by all Singaporeans. While the Government has reduced immigration growth somewhat since 2011 and promises that it has no population target to achieve, it has continued to award about 25,000 new citizenships and 30,000 permanent residencies every year.

10.      I pause at this juncture to note that population growth is not the main driver of the immediate demand for land to build housing (“housing demand”). Housing demand depends more on the Government policies in the property market.

11.      We all know that housing demand in Singapore is largely driven by investment and speculation.  This is the result of the many conscious policies of the Government to create a sustained increase in housing prices so that the HDB flat is an appreciating asset and the buoyant property market can boost economic growth.

12.      While a steady rise in property values is generally good for the economy, we have also created too much housing demand. Many Singaporeans understandably want to leave the wage-earning class and join the property-owning capitalist class to make passive income, and developers would like to have more land to satisfy that demand.   On top of this, there is a huge demand for housing from foreign investors who do not even stay in Singapore.

13.      If we continue to try to satisfy the strong speculative demand for housing as a means to drive economic growth, we will definitely need to remove more of our green spaces. But we need to ask ourselves, is this truly what we want?

14.      So long as each Singaporean family has a decent place to call home, should we not restrain housing demand?

15.      In fact, evidence is mounting that the current property policies are affecting the future of our younger Singaporeans negatively. The long-term repercussions of having less green spaces in Singapore would affect them even more.

16.      It is not sustainable to allow property prices and property demand to continue to go up at the current rate. Before we rush to cut down more of our forests, we should do a comprehensive review of what is a sustainable economy and society.

What is a sustainable Singapore?

17.      Singapore has made great strides in economic growth since independence, moving from third world to first. We have also experienced massive changes during a pandemic. It is a good time for us to sit down and think carefully about the future direction of our country. Do we want to build a compassionate and sustainable society, or do we want to continue bulldozing through with our current unsustainable strategy of growing through immigration and property price increases?

19.      If we choose to hold our population constant at around 5.7 million by only awarding enough new citizenships to maintain but not increase our current population, the pressure on providing more housing will ease immediately and there is no need to cut down more forests to increase land supply. We should therefore be in no hurry to destroy our forests.

20.      Slower population growth offers us a better foundation to pursue our sustainability agenda meaningfully.    On that front, I thank the honourable members of the GPC for Sustainability and the Environment for the 10 proposals that they have put up, which I am broadly in agreement with.

21.      However there should be mention as to how these piecemeal proposals can be integrated into a future socio-economic development roadmap.    Under Proposal 3, creating a Sustainability Sector is good in encouraging professionalism.   But we must bear in mind that we do not want a lot of auditors and consultants who will just impose a lot of additional costs and pressures upon other industry sectors.

23.      It is also unclear as to how carbon neutral or reducing the 10 proposals are.   For Proposal 6 on electric cars, has it been conclusively proven that they will be carbon neutral under our current fossil-fuel energy infrastructure.   Has the Government change our energy strategy?

24.      Looking at the bigger picture, our climate mitigation commitments under the Paris Climate Agreement fall far short in comparison to many other countries. Singapore’s climate commitments allow for a net increase in emissions up to 2030, and merely promise a slight reduction from a hypothetically projected “business-as-usual” benchmark. Many European countries have committed to a net decrease in emissions, and even China has committed to achieve carbon neutrality by 2060.  We hope the 10 proposals are intended to enable us to achieve more than what we have committed at the Paris Climate Agreement.

26.      Climate Defence was mentioned in Proposal 8 but there were no proposals on how we can defend ourselves against climate change.

27.      Adapting to climate change will require many natural and man-made solutions (so-called green and grey solutions), such as protecting and restoring forests and wetlands to reduce heat and flooding risks, as well as building physical infrastructure, such as dykes to prevent sea level rise and canals to mitigate flooding.

28.      Having a smaller population and retaining a larger reserve of undeveloped land can better help us to implement these solutions when the need arises.   This should be the true spirit for including Climate Defence into our Total Defence and not just lip service or for education purpose.

29.      Mr Speaker, today, Sustainability is not just an abstract economic or social concept; it is a necessity for human survival and the flourishing of societies. There is strong expectation that sustainability should embody all the human aspirations that the market system cannot effectively deliver.

30.      Sustainability has grown out of the painful realisation that economic development comes with a heavy social cost when the scale of environmental damage caused by pollution became a problem since the 1970s.   When I was studying in Japan in the 1980s, there were still many victims of the “itai itai” disease inflicted by chemical pollution.  Today, sustainability is not just localised problems but has become a global crisis.

31.      With that knowledge, allowing the market system to dictate our path towards sustainable progress is unwise and will have dire long-term consequences.

32.      In the same way, we cannot allow the market system dictate the degree of social inequality and injustice in our society.   It is just not sustainable that way.

33.      Mr Speaker, we should not allow immigration and excessive property demand dictate the continued deforestation of our nature resources.   We support the preservation of our forests especially the Dover Forest which is already slated for development.

34.      We propose that the cutting down of the Dover Forest should be put on hold immediately until we are clear what our post Covid development roadmap will be.

35.      Mr Speaker Sir, we support the Motion with the amendments proposed by the Workers Party.  We note that as of Dec 2020, at least 38 countries have already declared a state of climate emergency.   It is time for Singapore to take more resolute action also.   Thank you.

(Video credit: MCI Livestream / Government of Singapore)
The above video was edited and posted on PSP YouTube following MCI’s guidelines, which can be viewed here: https://www.mci.gov.sg/parliament/liv…​