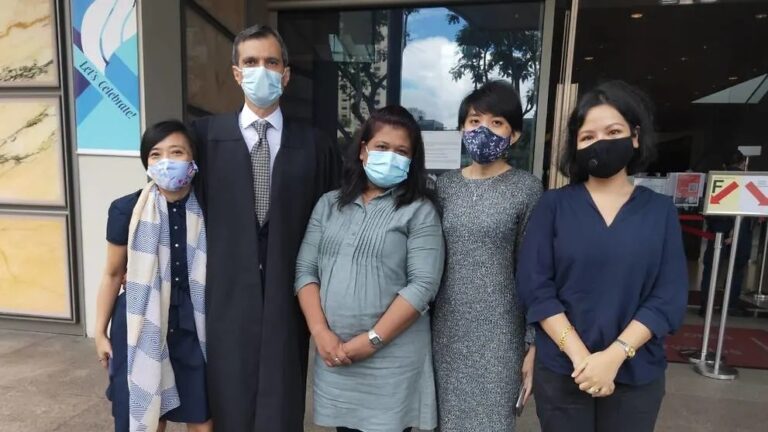 1.       Mr Speaker, I rise in support of the motion.  I would also like to call specifically for an open and independent inquiry into the Parti Liyani case.

2.       As the members of this House would have noticed, the Parti Liyani case has hogged the headlines in our media when the news of her acquittal broke out two months ago, has raised serious questions over our criminal justice system and shaken public trust in our institutions. It has also raised broader questions about the kind of society that we want Singapore to be.

3.       While the news on the case has quietened down slightly after the Minister for Home Affairs and Law admitted that something has “gone wrong in the chain of events” and promised to allow for more discussion in this Parliament after the completion of the internal reviews by the MHA and AGC, there is a pent-up expectations among the Singaporeans for more clarity on the Government’s stance on the case sooner.

4.       Mr Speaker, the Progress Singapore Party’s stance is very clear.  We think that the wide implications of the lapses in the criminal justice system in the Parti Liyani case warrant an open and independent inquiry.

5.       I do not think it is unfair to say that there were lapses in all three major institutions of our criminal justice system – the police, the prosecution and the state courts.

6.       We were extremely fortunate that Ms Liyani’s counsel Mr Balchandani had an unwavering conviction to ensure that justice was done, and the High Court, caught those errors and reversed them, thus preventing a miscarriage of justice.

7.       While it is of absolute importance that both the MHA and AGC conduct their own internal investigations, it is frankly not enough.

8.       There are three main points of concern with merely conducting an internal review.  Firstly, it is not unreasonable to say that most would want to paint the best picture of the situation when it is your organisation on the line.  Are they independent enough to be completely objective in their review?

9.       Secondly, systemic issues are not going to be caught by piecemeal internal investigations since they are conducting micro and not macro investigations.  An independent inquiry would be able to examine the entire criminal justice process across all the three major institutions to ensure that systemic problems, where identified, are acknowledged by the various institutions and considered for improvement to the system.

10.     I would like to draw the House’s attention to the Committee of Inquiry (COI) into the MRT breakdowns of 2011. In the wake of the two consecutive breakdowns in December 2011, then Minister for Transport Lui Tuck Yew convened the COI which ran in parallel to SMRT and LTA’s own internal investigations as concerns were raised about possible systemic shortcomings.

11.     I quote the former Minister: “LTA and SMRT have also started their own separate internal investigations. This is to be expected. Both parties clearly have the duty and responsibility to find out what went wrong, especially for those areas that they are accountable for… The COI on the other hand is an independent party appointed by the MOT and will also look into the larger systems issues beyond that which SMRT and LTA will cover in their respective probes”.

12.     Compared to the MRT case, the systemic failure in the Parti Liyani case needed even more coordination in order to be addressed because it is not restricted to one ministry but also involved the AGC and the state courts.

15.     Although the legal process is based on evidence, Singaporeans are looking for answers as to why there was little compassion shown to the underprivileged in our society.   Especially in this case, both parties were on opposite ends of society, one party living in the highest echelons of society and the other the complete opposite.

16.     In his appeal judgement, Justice Chan Seng Onn has also raised some questions about the plaintiffs’ motive in filing their police report.   So it is not just the lack of compassion but there is also a perception of favouritism among some segments of Singaporeans, where the rich and powerful were able to utilise the power of the State to their benefit.

17.     This has to to addressed seriously.   As Han Fook Kwang (Senior Fellow at RSIS & Editor-at-Large at ST) puts it, “People can accept huge differences in wealth, say, between a business tycoon and his servant.  This is the reality of a capitalist society like Singapore.  But they will revolt if, on top of this wealth gap, there is a privilege and entitlement divide that separates the elites from the masses.”

18.     Convening an independent inquiry with hearings that are open to the public, or livestreamed, would go a long way to show our citizens that justice is being done.

For learn more about the Parti Liyani case, click here.