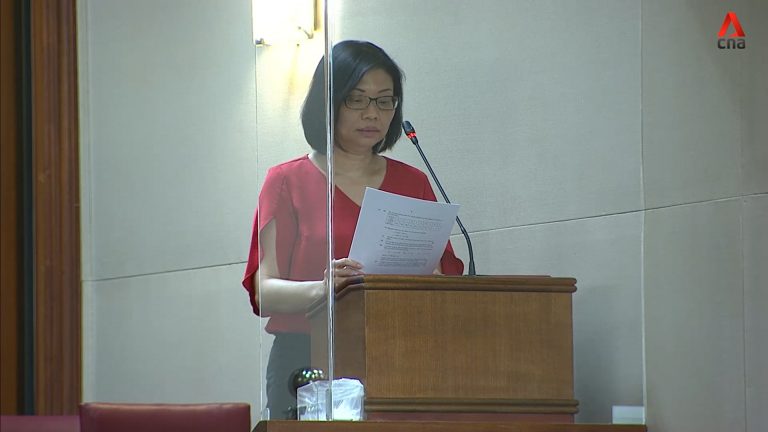 The DPM has pointed out in his Budget Statement that Singapore can expect a budget deficit of $11 billion, representing about 2.2% of GDP. This can be attributed to the Covid 19 Resilience Package.

As it stands, why $11 billion, and not, say, $22 billion is the prudent budget deficit figure can only be answered by a select few. Because the National Reserves remain a national secret, we must take the DPM’s word for it.

But in the interest of the nation, especially during these tough economic times, I must raise the question again, as many others before me have done so, and ask if it is time to make our National Reserves part of our national conversation.

Our elected president carries the responsibility of safeguarding our reserves. But we still remember President Ong Teng Cheong’s unsuccessful attempt to know the size of the reserve he was supposed to protect. I would like to seek a clarification from the DPM – is the current President aware of the exact size of our reserves when she made decisions on its draw down?

While I do not yet know the answer to that question, I do know that Members of Parliament are being asked to vote on a Budget that would require a draw down on our reserves without knowing its size. Without knowing our nation’s financial position, it would be difficult to make sound and prudent decisions, and certainly not informed ones.

So again, I ask that more transparency with regards to the National Reserves be made, if not only that Singaporeans better understand the rationale for difficult decisions like the need to raise the GST to 9% in the future.

Last year the Government committed nearly $100 billion through various packages to support Singaporeans and the economy through the Covid-19 crisis. In a report released by the Ministry of Finance on the impact of the Covid-19 budget measures, it was stated that MAS estimated that the five budgets in 2020 supported GDP growth by 5.5% in 2020, representing only about $28billion. Did Singapore get a bang for its buck?

Can MOF give a fuller accounting of the benefits of the budget measures and an assessment of whether those resources have been used effectively and efficiently?

Each transfer ended up somewhere. For example, the Job Support Scheme or JSS payments either saved jobs, or were paid as additional wages, or stayed in the employers’ bank accounts. The wages paid out either ended up in consumption, which would contribute to GDP, or stayed in the pockets of employees. How much of the JSS went to benefit companies that were unaffected by the COVID problem, with the same or more profits?

In the MOF report mentioned earlier, it was stated that the transfers did not result in such a high spend on consumption because of safe distancing. More benefits would come later when demand returns. What is the forecast deferred impact from the transfers not spent on consumption or investment in 2020?

$100bn is not a small amount. We ask for a cost benefit analysis of each scheme put in place. We recognise that it is not easy coming up with measures within a short timeframe to deal with a pandemic. So we ask not for a perfect solution, but an honest and transparent assessment and review.

Measuring the effectiveness of each measure will help us make better allocations in future – like should more transfers go to companies or to families and individuals in need? I believe that the latest $900 million allocated to help Singapore households ride out the COVID-19 crisis is inadequate. With more business closures and unemployment expected to increase after March when many of the support measures start to taper off, more households will likely suffer financial stress. I hope the Government will consider increasing its support for the many who will likely need it.

Singapore has a small domestic market so SMEs need help to grow and develop into a size that will enable them to compete globally. While the budget has addressed the capital needs for Singapore businesses, the government can do more.

Let me quote the example of Israel.

In 1995, Israel approved the “Preference for Israeli Products” regulation that stipulated that a 15% price-differential preference be awarded to Israeli manufacturers for certain items and for products with 35% Israeli content and with a value not exceeding $500,000. Israeli manufacturers in “National Priority Zones” even received an additional 5-15% advantage.

A “Mandatory Industrial Cooperation” regulation also required foreign suppliers that had won government or public tenders to engage in an offset procurement in Israel to the extent of 20% to 50% of the contract value by local subcontracting, procurement of Israeli goods and services, cooperation in R&D, and investment or assistance for an Israeli industrialist or exporter abroad.

Have these regulations impacted Israel’s competitiveness to a degree that it can no longer compete globally? Few would think so. PSP urge the government to consider similar preferential treatment for local businesses in government procurements.

In his Budget Statement, DPM stressed that the focus on growing the economy is to benefit the people. To this end, PSP would like to suggest that the Government set a target for the wage component of our GDP to ensure that the fruits of economic development are enjoyed by its people.

Similarly, in the UK, the wage component was 53% of GDP and operating surplus, 39%. In the US and Switzerland, the numbers also compare favourably.

If we want to ensure that our people enjoy the benefits of this economic growth, we should set an initial target of having the wage component form at least 50% of GDP. This should be an important KPI for the government moving forward.

Only with the focus on an equitable solution to the current crisis will Singapore emerge stronger.

Sir, I support the budget.