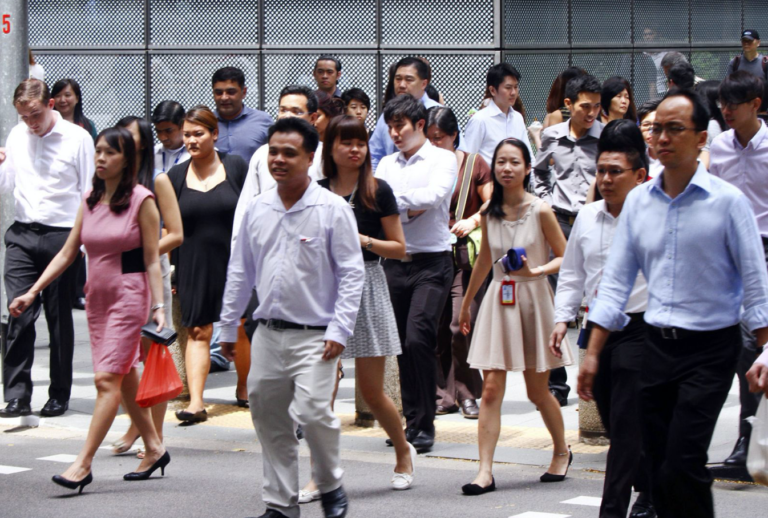 Globalization: not a simple yes or no

In life, there are no stark “yes or no” answers to many questions. For example, if asked whether the late Lee Kuan Yew was a totally good or totally bad prime minister of Singapore, I cannot give an unequivocal answer either way.

So is it with a question posed in Parliament on July 6 by Health Minister Ong Ye Kung. He asked members of the Progress Singapore Party (PSP) if they agreed with the following two statements:

To Ong’s first question, Leong Mun Wai, a Non-Constituency Member of Parliament (NCMP) of the PSP, replied the PSP supports FTAs but disagrees that CECA has brought net benefits to Singapore at this stage.

This article will address Ong’s first question on whether FTAs are fundamental to Singapore’s economic survival.

It cannot be denied that free trade, on the whole, has benefitted Singapore as a strategically located trading hub. But some FTAs are better than others.

For example, many Americans including Paul Krugman, an Economics Nobel Prize winner, object to their country joining the Trans-Pacific Partnership (TPP), a trade pact founded by Singapore and a few other countries.

Prime Minister Lee Hsien Loong, in an article on 26 October 2016 in Time magazine, said the TPP needed to be ratified by January 2017, because both candidates in the US Presidential election in 2016 – Hillary Clinton and Donald Trump – opposed it. Shortly after becoming US President in January 2017, Trump scrapped US involvement in the TPP. The fact that both rival Presidential candidates opposed the TPP indicates this trade deal was unpopular with many Americans.

In an interview with the New York Times on 15 March 2018, Krugman, who won the Nobel Prize for his work on international trade and economic activity across different countries, said,

“I was against TPP, but not because I want a return to protectionism: the trouble with TPP was that it wasn’t about trade at all, it was mainly about intellectual property (e.g. pharma patents) and dispute settlement (giving corporations more power).”

“What we need is a renewed commitment to universal health care, much more investment in infrastructure, policies to help families and a return to policies that empower unions, especially in the service sector. Defining trade as the problem is just a way to duck real solutions,” Krugman added.

Similarly, what is needed in Singapore is policies to empower workers and help households.

As with the TPP, a country should not accept all trade agreements willy-nilly, but must carefully consider each trade agreement including CECA on its individual merits.

Broadening the argument beyond FTA, globalization has undeniably prospered Singapore, but that does not mean it should be embraced uncritically. Another American Economics Nobel laureate, Joseph Stiglitz, expressed a similar view in his book, “Globalization and its discontents”.

In his book, Stiglitz asked, “Why has globalization – a force that has brought so much good – become so controversial?”

“Export-led growth was the centerpiece of the industrial policy that enriched much of Asia and left millions of people there far better off,” Stiglitz’s book acknowledged.

However, in a speech on June 1996, then French President Jacques Chirac said globalization had not made life better for those most in need of its promised benefits.

These political divides arose because of globalization, Ong said in his ministerial statement on July 6. While globalization presents opportunities and creates jobs, it also brings greater competition, displacement of industries and jobs, and inflow of immigrants, Ong admitted.

“These consequences go beyond the economic sphere, and often strike at the heart of a nation and a community’s sense of identity and security. That is the most unsettling change, causing people to become unsure if they are on the whole better off with globalisation. Such concerns are genuine, and deserve serious and proper attention,” said Ong’s statement.

Ong should be commended for saying people’s concerns about globalization deserve attention.

The violent protests by South Korean workers in Seoul and other parts of South Korea in January 1997 is a testimony that reduced job security is a worldwide phenomenon, according to “False Dawn”, a book by John Gray, a former professor of the London School of Economics.

His book cites high income inequality, environmental damage and the volatility of international markets which produced the Asian Financial Crisis in 1997 as negative side effects of globalization. Nonetheless, it is neither feasible nor desirable to abandon globalization, Stiglitz qualified.

Instead of rejecting globalization outright, Stiglitz recommended several measures including better social safety nets and greater transparency. To ensure international economic institutions are more responsive to the poor and people’s concerns, transparency should be increased, Stiglitz urged. Secrecy undermines democracy, he argued in his book. “There can be democratic accountability only if those to whom these public institutions are supposed to be accountable are well informed about what they are doing.”

Likewise, the Singapore government should publicly share more data on matters like foreign workers and consider how social safety nets in Singapore can be strengthened.

Opposition to globalization in many parts of the world is not to globalization per se but to the Washington consensus, a set of economic prescriptions by institutions in Washington DC like the IMF and World Bank, said Stiglitz’s book. There is not only one market model such as the Washington consensus, but other versions of capitalism like the German and Swedish models, Stiglitz’s book points out. Compared to the US, the Swedish government takes on greater responsibilities in promoting social welfare, and provides better public health, unemployment insurance and retirement benefits, said Stiglitz.

Opposition to globalization includes opposing the notion that only a single set of policies is right for everyone, according to Stiglitz’s book. “This notion flies in the face both of economics, which emphasizes the importance of trade-offs, and of ordinary common sense. In our own democracies we have active debates on every aspect of economic policy.”

Debate should be encouraged in Singapore’s Parliament on FTAs and other aspects of economic policy.

One size does not fit all

Differences in capitalist models among countries and cultures are also raised in “False Dawn”.

“Japan’s most unforgiveable sin against the Washington consensus is its full employment culture,” wrote Gray in his book.

Japanese capitalism differs profoundly from Anglo-Saxon market individualism, said Gray’s book. Japanese companies rely on trust in dealing with employees instead of contract, Gray explained. The Japanese social contract guaranteeing nearly full employment has prevented the growth of an underclass in that country and Japanese capitalism depends for its political legitimacy on this social contract, he added. If Japan deregulated its labour market based on any Western model, particularly the US model, Japan’s unemployment rate would double or triple, Gray’s book warned.

Gray’s book cites the caning of Michael Fay in 1994 as an example of Singapore rejecting the universality of Western values. The Singapore authorities caned the American teenager despite the intervention of then US President Bill Clinton.

Singapore affirmed its own values against the liberal Western model of human rights and the market individualism that the US sought to implant throughout the world, Gray’s book argued. Although I support certain aspects of Western human rights like greater press freedom and democracy, I agree with Gray that Singapore should not adopt wholesale US-style economic individualism.

In Germany, the interests of other stakeholders besides shareholders are represented on the boards of companies, said Gray’s book. Workers in large German companies are represented on the supervisory boards of large German companies along with shareholders and other stakeholders. The German social market economy enfranchises employees, local communities, bankers and other groups, Gray’s book noted.

“The dispersal of power among a range of stakeholders in the German system is central in accounting for its low levels of economic inequality in comparison with Anglo-Saxon economies. High levels of social protection are an integral part of Germany’s post-war consensual capitalism. The German state cannot relinquish its role as final guarantor of full employment, nor can it hope to achieve that objective primarily enforcing American style labour flexibility,” Gray argued in his book.

But in recent years, the German aim to maintain nearly full employment has come under strain from globalization, with German firms shifting jobs from their home country to Eastern Europe and Asia, Gray admitted.

Chinese capitalism, including that of overseas Chinese in Singapore and Taiwan, has more in common with Italian firms with their strong family ties than the US free market or Japanese capitalism, Gray’s book pointed out. “There is no generic ‘Asian’ capitalism, any more than there is such a thing as ‘western’ capitalism. Each version of capitalism articulates the culture in which it remains embedded.”

Taking tips from Krugman, Stiglitz and Gray, Singapore should have strong social safety nets, empowerment of workers and transparency. On FTAs, the Singapore government should chart a path which best suits Singapore’s situation.

But that does not mean everyone must eat only at that particular restaurant. People can choose to eat at other restaurants. Singapore can choose to adopt or modify or reject a particular trade agreement, and thrive. After all, choice is an essential ingredient of free markets.