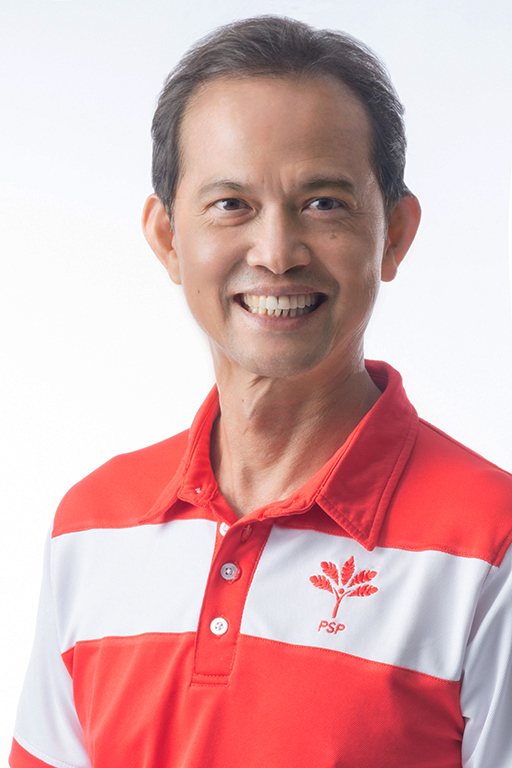 Mr Speaker, The Progress Singapore Party (PSP) will not support this Budget because of the Goods and Services Tax (GST) hike.  Middle-class Singaporeans will have to bear an additional GST burden of $1.2 billion per year. On top of that, many Singaporeans living in private properties who are asset-rich but cash-strapped, will bear a significant part of the $380 million property tax increase per year.

This Budget is a feeble attempt to increase the taxes on the rich after three decades of favorable tax policy towards them. The additional personal income tax raised is only $170 million per year, which many Singaporeans cynically pointed out was not enough to pay for the $180 million per year funding for the SPH Media Trust.

And the Additional Registration Fee (ARF) increase for luxury cars is not really a burden to the rich because the fee is transferrable to future owners.

Not enough has been done on foreign manpower policy as well. The increase in the minimum qualifying salary (MQS) for employment pass (EP) holders is too little to be effective. I am also surprised that S-pass holders are needed in the finance industry where many Singaporeans are hoping to work.

The more effective way to manage the quality of our EP holders is to ensure fair competition between the EPs and Singaporeans through imposing a standard wage levy on all EPs who do not make CPF contributions.  If we impose a monthly $1,200 EP levy as I recommended in the Budget Debate and then the Foreign Talent and CECA debate last year, it will raise almost $3 billion and make the GST hike unnecessary.

As global inflation is now on an upcycle, we have to do more to help our Singaporeans cope with rising cost of living and asset inflation. This is the best timing to share with the Singaporeans a small part of the huge windfall profits, chalked by GIC, MAS and Temasek last year. However, not only the Government didn’t do that, it increases the tax burden on Singaporeans. This is incomprehensible to me.

The Government used healthcare cost as the main rationale for raising taxes. However, Singaporeans have paid and are still paying dearly for healthcare, is it fair to ask them to pay more taxes for healthcare again? Especially at this challenging times?

Look at the facts:

Singapore is actually in a very strong financial position. We have the resources to pay for even the large healthcare cost increases forecasted by the Government.

Again look at the facts:

Thus, even without touching the growing reserves, we have a total of $30 billion of unutilized revenues annually which can be deployed for the current year spending in the future.  We can actually provide for our current generation while continuing to save for future generations at the same time.

Hence the Government’s argument for the future generation does not hold water. The virtue of frugality preached by the Finance Minister is telling cash-strapped Singaporeans to tighten their belts again while the Government is sitting on massive reserves and unutilized revenues.

Of course, we cannot rest on our laurels and rely on our reserves and unused revenues all the time. I only want to stress that we have the buffer and time to make better long-term plans.

Those plans should include the Government focusing on fiscal efficiency and discipline. While the Government has been running budget surpluses these years, public spending cuts have not been discussed openly.

Our budget has increased by about 7% per year over the last two decades to about $100 billion for FY2022.  There is thus ample room for us to cut down on existing expenditures.

The Finance Minister has disclosed he is imposing a 3% cut on existing expenditures from next year. If he can achieve that every year, we will have a saving of $3 billion per year, again there will be no need for the GST hike.  And we probably do more a 3% cut.

We advocate setting clear socio-economic targets for each expenditure. That is the reason we supported the SINGA scheme which will put big infrastructural projects under stricter financial discipline.

For example, many Singaporeans are asking what are the socio-economic return targets for the SPH Media Trust to which the Government is committing $900 million over the next five years?

How about the billions of dollars of taxpayers’ money spent on local universities that have relied heavily on foreign talent but do not seem to be producing sufficient local skills and talent needed for our economy?

For the Covid spending, many Singaporeans have questioned why the $30 billion Job Support Scheme is used to support profitable companies without a claw-back feature. The claw-back funds could have been used to help many more Singaporeans who needed help.

So as the amount of resources at the disposal of the Government grow larger, we need to check on the expenditures more closely.

We are also against the goodies bag approach as adopted by the Government to convince Singaporeans to accept the GST hike.  Handing out short-term, ad hoc goodies to Singaporeans instead of using permanent schemes will not produce resilient Singaporeans but dependent Singaporeans.

Let me give you a specific example. I have been recommending a minimum living wage of $1,800 per month in take-home pay for all Singaporean workers. This works out to about $2,250 in gross wage per month.

This may appear high, but if you add Workfare Supplement, GST voucher, U-save rebate, CDC voucher and now Progressive Wage Credit, you could easily reach the $2,250 gross wage per month.

Hence, instead of handing out dribs and drabs to Singaporeans, the Government could have provided a lump sum to top up the average worker’s gross wage to $2,250 per month.

A permanent monthly wage of $2,250 will give workers more clarity in making personal financial plans for himself and his family. That is how we make Singaporeans more resilient!